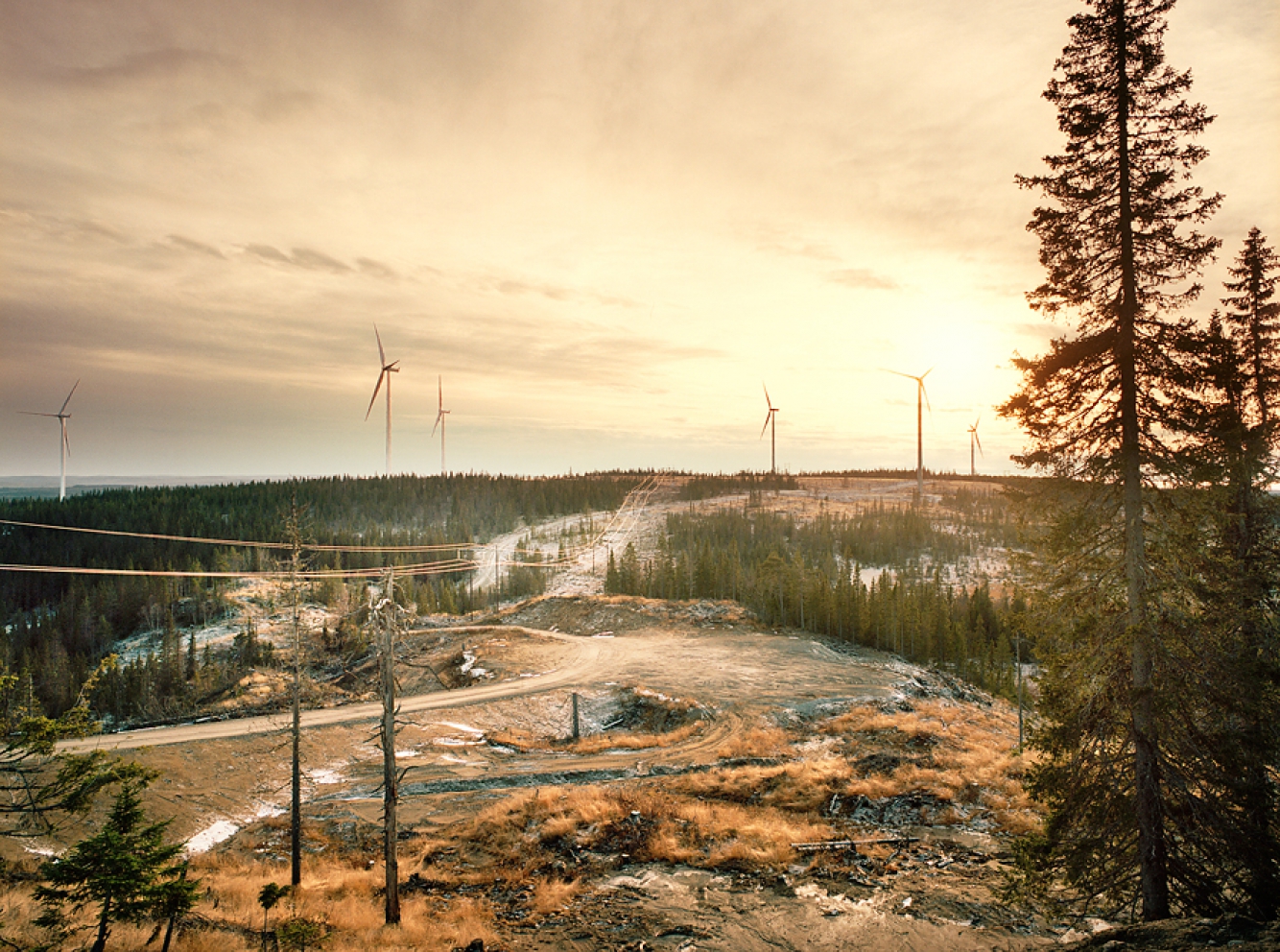 Operating Status: In operation since November 2012

The wind farm in Trattberget-Skallberget is now inaugurated, 2012-10-30. Read more about the celebrations in Allehanda.

Landowners, Solbergsbor and other interested parties are welcomed to a construction show by bus, where VindIn AB's construction management and Siemens site manager tell about the construction of the 30 wind turbines on Trattberget / Skallberget.

Gulselevägen - road works and transports 2012 During the spring and summer, VindIn AB's contractors will operate a route on Gulselevägen with very heavy transports. This applies to the stretch between Degersjö and our new driveway to Skallberget (4,3 km), where the wind turbines will be standing. We have agreed with Tärnikberget Samfällighetsförening about renovation and maintenance of the road.

Now the sequel in the series is here. August XNUM.

New information for all local residents

The first sod is now taken at Trattberget and the construction of the new wind turbines can finally begin after five years of work. The first work is planned to be operational in the autumn of 2012.

VindIn AB, which is owned by a number of energy-intensive companies in Sweden, has signed an agreement with Siemens for the delivery and construction of 30 wind turbines. The wind turbines will be located on Trattberget and Skallberget in northwestern Ångermanland. The effect is XNUMM MW per work.

- The area was early inventoried as a national interest in wind power. After two years of wind measurements and good cooperation with Örnsköldsvik municipality, local interests, Vilhelmina Södra Sameby and Svenska Kraftnät, we are now ready to build our first wind farm of a larger format, says Anders Lyberg, CEO of VindIn AB.

- We are proud and happy that VindIn has chosen Siemens as a supplier for their first really big wind power project. The project in Trattberget will also be Siemens 'largest combined onshore wind farm in Sweden and thus a very important part of Siemens' continued expansion plans in the Swedish market. We appreciate the trust that VindIn and the basic industry have shown us, says Ulf Troedsson, CEO of Siemens AB.

For the project, VindIn Elnät AB, a newly formed subsidiary of VindIn AB, will construct an 220 kV line for connection to a switchgear amplified by Svenska Kraftnät. Roads and foundations are completed under 2011. Delivery and assembly of the wind turbines commences during the summer 2012 with planned commissioning before the turn of the year 2012 / 2013.

The project is the second in a number of planned wind power projects. Since 2009, the company operates a wind farm in Skutskär with five works and a production of 30 GWh / year.

- VindIn continues to work on the development of other projects with the goal of establishing a total of 1 TWh of wind power production per year for use in the Swedish basic industry, says Anders Lyberg.

The project in Trattberget is financed by VindIns owners and Nordea.

VindIn AB was formed 2006 as a spin-off of BasEl in Sweden AB. The company's business concept is to identify suitable sites and develop, build and operate wind turbines in Scandinavia, with the purpose of supplying electricity to the owner companies. The ambition is to start projects that can produce a terawatt-hour wind power in a normal year. All owner companies are also part owners of BasEl AB. Read more at  www.vindin.se and www.basel.se

The press release as PDF