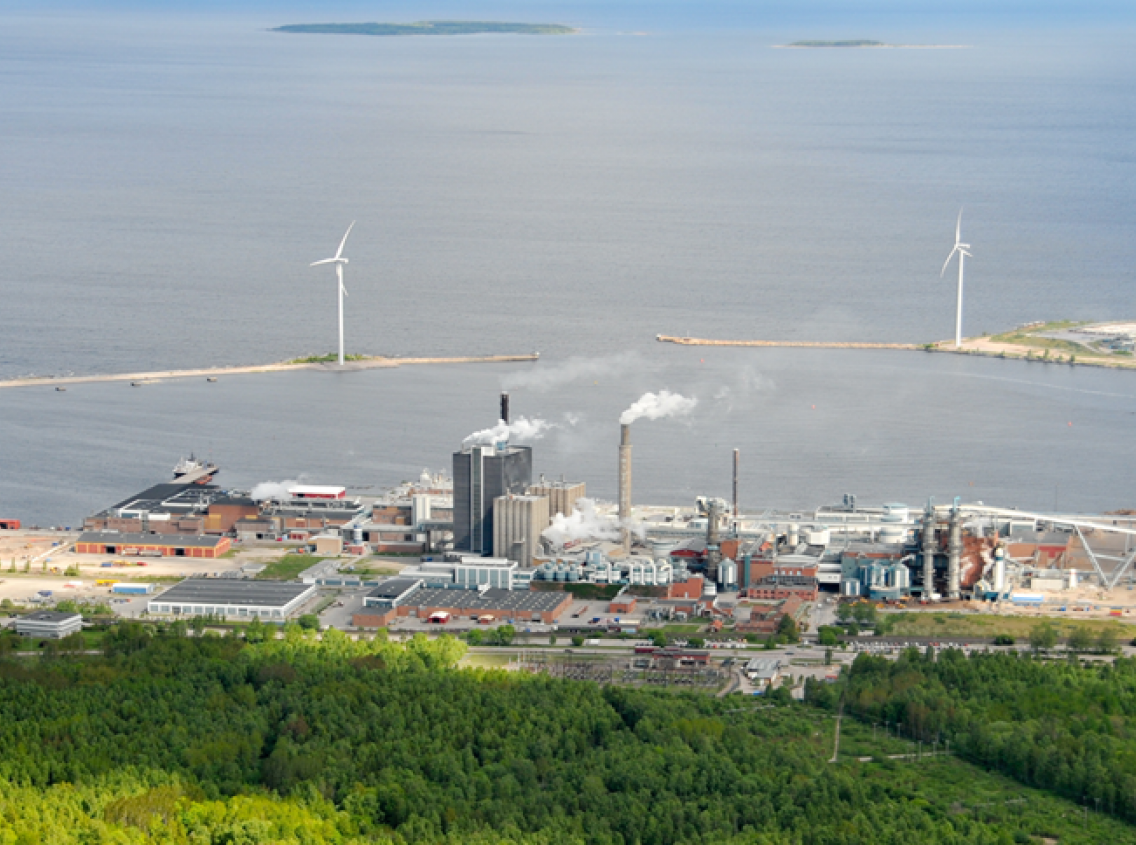 Operating Status: In operation since 2009

On Monday, November 12, VindIn's first commercial wind farm was inaugurated in Skutskär. State Secretary Ola Alterå cut the ties in front of happy partners and other stakeholders. Now the wind's energy can be transformed into renewable electricity for many years to come on this beautiful site.

The park, "ENADE" has been in commercial operation since October 8 and has already had time to prove that it has a good production capacity and that the physical feed directly to Skutskär's pulp mill takes place without any disruption to the mill. Variations in consumption in the mill interfere, purely electrically, at the same time not the wind turbines. A good collaboration!

More information from the media.

Since Thursday, October 8, 2009, the wind farm in Skutskär is now in full operation. The five wind turbines already provide close to 10 MW of renewable electricity from just over 10 m / sec - directly into the local switchgear in Skutskär's pulp mill. The start of production has gone very well and without any disruptions.

Construction work for the construction of the 5 wind turbines at Stora Enso pulp mill in Skutskär is in full swing. Casting of the foundations begins immediately after midsummer. At the turn of the month August / September, the five 2 MW machines will be delivered from
Vestas for assembly.
The project is VindIn's first project to come into operation with an expected production of almost 30 MWh / year.

VindIn AB, which is owned by a number of energy-intensive companies in Sweden, has signed an agreement with Vestas for the delivery and construction of five Vestas V90-2.0 MW wind turbines with 105 m
tower height to be placed in Skutskär.
- The land where the power plants are located is owned by Stora Enso, one of the owner companies in VindIn, and the electricity to be produced will in a cost-effective way be fed directly to Stora Enso's pulp mill, says Mats Gustavsson, Chairman of VindIn AB and CEO of BasEl AB.

- We are proud and happy that VindIn has chosen Vestas as a supplier for their very first wind power project. This is the beginning of a long-term collaboration and we naturally look very positively at VindIn's future expansion plans. The project in Skutskär is well in line with Vestas' own plans for the Swedish market and we are grateful for the trust that VindIn and the basic industry have shown us, says Klaus Steen Mortensen, CEO of Vestas Northern Europe AB.

The delivery of the works will take place in the coming autumn to be able to be put into full operation during the month of October. The project is the first in a series of planned wind power projects run by VindIn. Expected production in Skutskär is about 30 GWh / year.

In addition to VindIn's owners, the project is financed by the Norwegian bank DnB NOR.
- VindIn also continues to work on the development of other projects with the goal of establishing a total of 1 TWh of wind power production per year for use in the Swedish basic industry, says Mats Gustavsson.

VindIn AB is jointly owned by ten energy-intensive companies in Sweden. The company's business concept is to identify suitable locations and develop, build and operate wind turbines in Scandinavia, with the aim of delivering electricity to the owner companies. The ambition is to start projects within five years that a normal year can produce a tera-watt hour (TWh) of wind power. All owner companies are also partners in BasEl AB. Read more at www.vindin.se and www.basel.se